CLICK HERE TO VISIT THE ONLINE GALLERIES FROM THE WORLD BUDOSAI

The history of Okinawan Goju-ryu is indeed a rich and incredible story. The martial arts journey’s of Kanyro Higaonna Sensei, Chojun Miyagi Sensei and those who came before and after them, has helped shaped to culture of traditional Karate worldwide today.

Master Morio Higaonna’s life long pursuit of bringing the most detailed and accurate depiction of the lives of our Karate forefathers has resulted in the publishing of several books, videos and documentaries on the subject. We read and listen to the tales of the trials and triumphs faced by each of the heirs to the Goju-ryu lineage and they give us a great source of motivation. 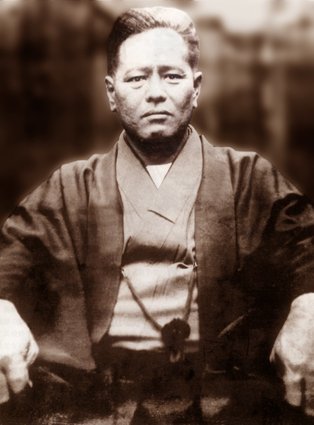 Nothing supports these legendary life stories more than images and photographs from the times. Every day, in Dojo’s across the world Goju-ryu practitioners can look upon only but a few images of Kanryo Higaonna Sensei and Chojun Miyagi Sensei. Looking into their eyes we can establish a feeling of connection and do our best to keep their essence alive, here and now, in the present.

Photographic equipment was not as readily available as it is now, nor could the quality compare to today’s standards.

Even when a high quality photography and film crew visited Okinawa to capture Karate prior to WWII, Chojun Miyagi Sensei chose not appear in the film and allowed his students to perform for the camera in his place. 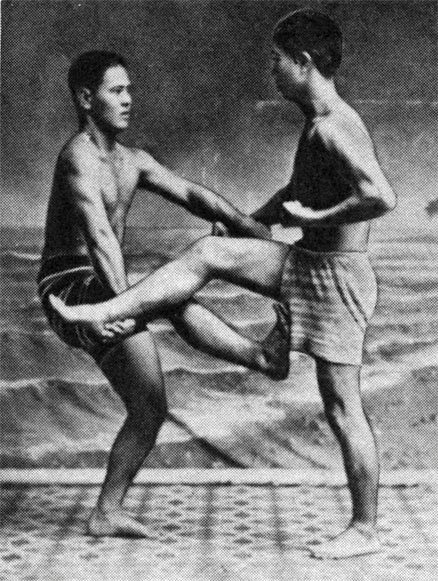 We look back even further to pictures of Chojun Miyagi Sensei and Juhatsu Kyoda Sensei tangled up on the floor in practice, during the early days of the founders career and we are left wanting more. 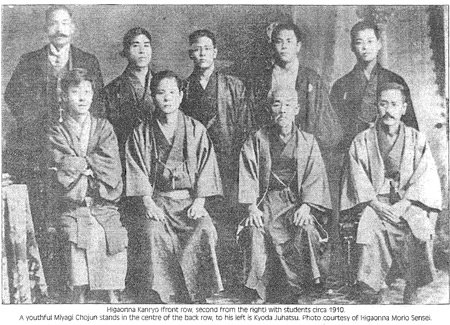 We look at pictures of the face of Kanryo Higaonna Sensei sitting in the presence of his students and wonder how stern he really was.

As time has gone on, it has become apparent that greater documentation into the history of both the masters and events shaping the future of Goju-ryu has been needed. Master Morio Higaonna has library of photos and recordings of everything he could possibly hope to capture. Literally armed with his James Bond 007 brand camera, Higaonna Sensei has been on a mission of his own for many decades to document as much of Goju-ryu history in Okinawa and China as he can.

His passion for collecting historical momemnts has caught on across the world as more and more major International and historic events featuring the senior hierarchy of IOGKF are now carefully photographed and filmed. The improvements in connectivity not only allow us to share news world wide, but also give us the opportunity to keep our history safe in the process.

IOGKF recently achieved it’s biggest milestone by holding the largest ever traditional Karate training seminar to be held in Okinawa. The significance of this historical event could not be missed.

The world Budosai featured official IOGKF photographers at all the major events of the week long festival. One of the very talented photographers, Mr. Roman Boldyrev (Canada), did an amazing job and captured the incredible history and energy the Budosai in tens of thousands of photographs.

Recognising the important historical value of these images, Mr. Boldyrev has painstaking sorted through thousands of images and spent many hours uploading the best selection to the Internet for the use of IOGKF and Goju-ryu historians around the world. All of this, Mr. Boldyrev very generously has done free of charge.

You can help support Mr. Roman Boldyrev in his efforts by clicking here.

You can visit the enormous galleries of high quality images from the Budosai by clicking here. You may even spot yourself!

When future generations research the history of traditional Karate, they may only have a few photographs of our founder and his master before him. However, thanks to efforts of Mr. Roman Boldyrev the memories of one the biggest achievements of the greatest Karate grand master of our age will be safe forever. Along with this, the biggest ever Karate event held in Okinawan history will have dozens of primary sources for many generations to come.

Thank you Roman and our team of IOGKF photographers.

“We are not the creators of history, we are made by history”