The most dangerous man in Japan in a real fight

The most dangerous man in Japan in a real fight

Sensei Morio Higaonna is the world famous Okinawan Karate master and living cultural treasure who has had an impact on millions of people across the globe. The founder of the International Okinawan Goju-ryu Karate-do Federation (IOGKF), Higaonna Sensei has dedicated his entire life to the development and protection of his art. The world now knows even more of the incredible life story of this supreme master, with new details now be released in lectures across the world by his successor, Sensei Tetsuji Nakamura.

Higaonna Sensei has been described in numerous ways over his nearly 60 years of Karate training, but the one that has stuck with him the most from an early period is that he is ‘the most dangerous man in Japan, in a real fight’.

This is an impressive title to have, to be sure. But who made this claim, what authority did they have and what are the significance of these comments?

Enter Donald Fredrick Draeger, know the world over as Donn Draeger. Upon hearing his name, many martial artists will usually acknowledge that they have, at the very least, heard of him, but do not know a lot about his life.

It was Donn Draeger that made the call that Higaonna Sensei is ‘the most dangerous man in Japan in a real fight’. To understand what authority Draeger had to make give this description and the significance that of this claim, we need to go back to 1922.

Donn F Draeger was born on April 15th, 1922 in Milwaukee, Wisconsin, USA. His father passed away at an early age and his mother re-married. Early in his life Draeger developed a love for outdoor sports and nature. He spent time living in the wilderness and quickly gained the respect of the areas tribespeople, due to his ability to grapple and defeat the boys of his group who were much larger than he was.

His time with the Wisconsin locals helped him develop his love and skill for hunting and he also developed quite a talent for rifle shooting. He is said to have claimed over forty trophies, including grizzly bears and more. However after this martial arts experience he came to renounce the useless hunting of animals and took on a greater appreciation of all life.

By age 10 Draeger had trained in Jujitsu and was becoming quite accomplished in the art of Judo. With such fighting and rifle skills under his belt, it is not surprising that Donn F Draeger joined the military, more specifically the marine corps. It is said that Draeger’s marksmanship was practically unrivalled. Draeger could shoot from the hip with the precision of most marines shooting from the shoulder.

Draeger’s military service spanned from 1943 – 1956 and his travels saw him gain vast world experience. His company battalion even served bravely at the battle of Iwo Jima. This battle was so fierce that it is the only battle of WWII where US marine casualties outnumbered Japanese casualties. When he left the service in 1956 he was ranked Captain.

Draegar’s martial arts endeavours had taken no break during his military service. By 1948 he was ranked 4th Dan in Judo and had become one of the leaders of the United States Judo Black Belt Association, which later evolved into the US Judo Federation. By the sixties, he was an accomplished Judo-ka and in 1961 he was the first foreigner to be asked to demonstrate at the all Japan Judo championships.

It was obvious that Donn Dreager’s fighting arts experience was great. From fighting in major battles of WWII and all over the world, to the being a respected American Judo-ka in Japan, he was destined for martial arts greatness. However Draeger continued to strive for more and went in search of just that. He began spending a minimum of four months each year visiting Asia. He would travel around Japan and other Asian countries, training with whoever he could find. Some claim he was the first foreigner to train in all areas of Japan. His skills rose and he became a sought after expert and advisor on the martial arts for thousands across the globe. Donn Draeger was even the fight co-ordinator on the Sean Connery James Bond film, ‘You only live twice’ in 1967. 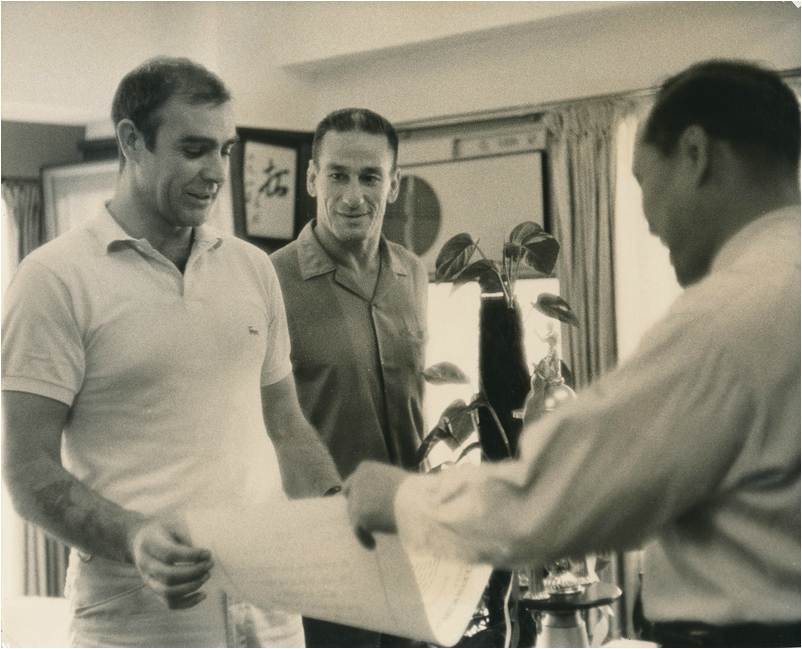 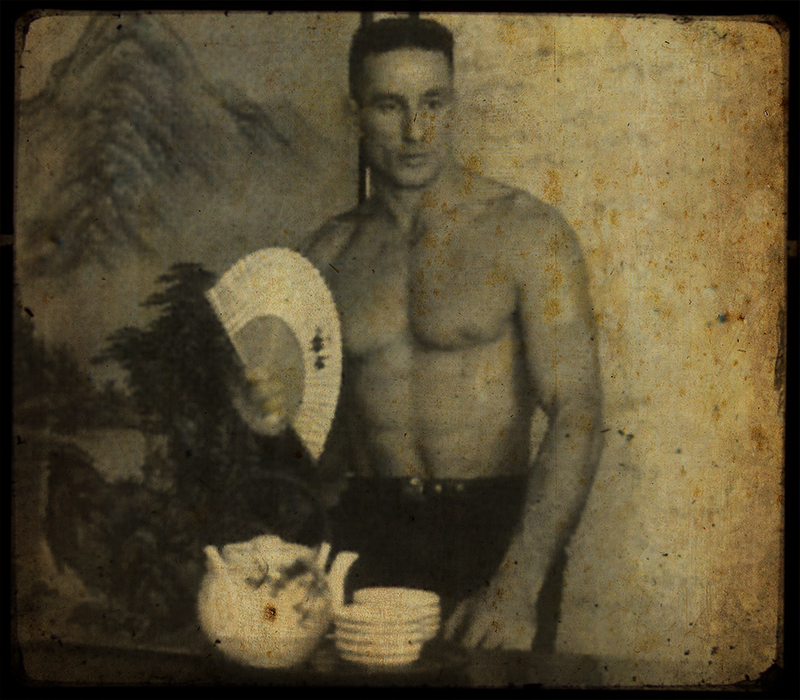 Even following his military service, it is easy to see that Draeger was a hard training martial artist. Many photos indicate that he was in peak physical condition, definitely a requirement for the many hard training schools of Asia at that time. By the end of his martial arts career he was ranked 7th Dan in Kendo, Iaido & Jodo and a 5th Dan in Judo. Not to mention he held the title of Kyoshi in Tenshin shoden Katori Shinto-ryu (an ancient Japanese martial art teaching numerous weapons along with Jujitsu based techniques). 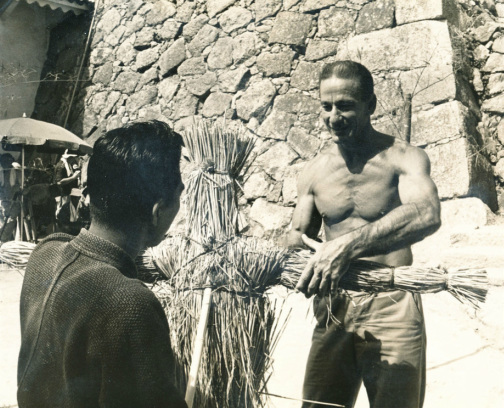 There is no debating that Donn Draeger was definitely one of, if not the best, authorities on martial arts. He knew the many masters of many different styles and more importantly, they respected him and were willing to share their knowledge with him by allowing him to train.

In the seventies, Donn Draeger was exploring the Tokyo on one of his many trips and his investigations lead him to visit a Dojo in Yoyogi district of Tokyo. The instructor was a young Okinawa man who was said to very talented in the art of Okinawan Goju-ryu. Draegar met Higaonna Sensei and was amazed by what he saw.

Proof of Draeger’s feelings towards Higaonna Sensei have been documented on numerous occasions via letters, conversations and more…

In 1976, a New Zealander named John Jarvis was the head instructor for Kyokushinkai Karate, in both New Zealand and Australia. For various reasons, Jarvis decided to leave the Kyokushinkai Karate organisation and now he and a large number of students were looking for a new Sensei and a new style. John Jarvis reached out to his friend Donn Draeger, via letter, with details of his situation and included in Jarvis’ book ‘Kurosaki killed the Cat’, is part of Draeger’s reply.

“But go on you must in Karate-do. For me there is no one better than Okinawan Goju-ryu under Higaonna Morio here in Tokyo. Here is a man who exemplifies the word DO: humble, resilient, skilled, silent, friendly, strong, all at the right times. His technique is the best in Japan and I know nobody, including Oyama, who can best him. He is damn tough! He does not run around proselytising his art, nor is he keen on going abroad, but with the proper approach can be pried loose to set up a new group which in your case would be useful. Kyokushinkai and Goju are not so far apart as to create difficulties and the man, John, the man Higaonna is a gem…I have no words for this fine gentlemen. Don’t go it alone…tie in with somebody. My vote is for Higaonna. If you want me to talk for you I will be happy to do so. If you come up we can do it together. If you invite him down, I cannot come at this time, but you will get on well with him. Trust my judgement; you are his kind of man.”

This impressive description not only proves Draeger’s feelings for Higaonna Sensei, but his wonderful use of the English language also demonstrates that he was an intelligent man, and shows why he earned the description of being a martial arts scholar. This glowing letter of recommendation for Higaonna Sensei was followed up by another from Draeger to Jarvis. The following excerpt is once again taken from a letter in Jarvis’ book ‘Kurosaki killed the Cat’.

“Contacted Higaonna Sensei and enclosed a short blurb to give to him. He will look out for you I am sure…but he is all business in the dojo and there are no pussies in his class…You’ll have no trouble, but be in shape. He is the match of any Karate man without the usual showmanship, bullshit and arrogance that usually accompanies this type. He is humble par excellence.”

Sensei Bakkies Laubscher, a current technical advisor to IOGKF and the first person to ever obtain 9th Dan level from Higaonna Sensei. He was practicing in Tokyo at Yoyogi Dojo during the seventies and spent time with Donn Draeger. Comments from Draegar after training stuck with Sensei Bakkies forever when he explained to the young South African,

‘there is no one over here like Higaonna Sensei’.

Donn Draeger went on to spend time living in Japan, China, Mongolia, Korea, Malaysia and Indonesia studying each countries fighting arts. In 1979 he and a team visited Sumatra. While staying with a local tribe there, the group was subjected to some form of poison; it is still debated today if this was done deliberately. The result of this poisoning saw Draeger develop severe amoebic dysentery, which saw him hospitalized. As time went on his weight dropped rapidly and his energy levels were exhausted on a regular basis. This coupled with swelling of the legs made it virtually impossible for him to train. Draeger then was diagnosed with cancer of the liver. He passed away on October 20, 1982 in his home town of Milwaukee, Wisconsin, leaving a saddened martial arts world behind him. His legacy now lives on through the many books he published, along with comments he left behind of one Okinawan Master.

High ranking IOGKF members and senior Goju-ryu stylist instructors across the world testify, acknowledge and agree that  Higaonna Morio Sensei is indeed something very special; a class above the rest. But what makes Donn Draeger’s comments all the more special is that he was free of bias and free to express his opinions, and most importantly he’d seen and trained with Japan’s greatest masters. 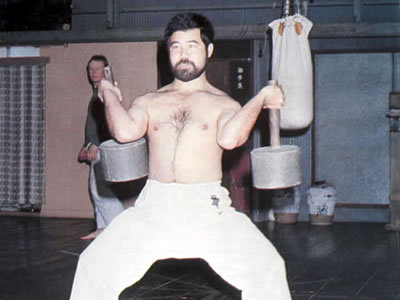 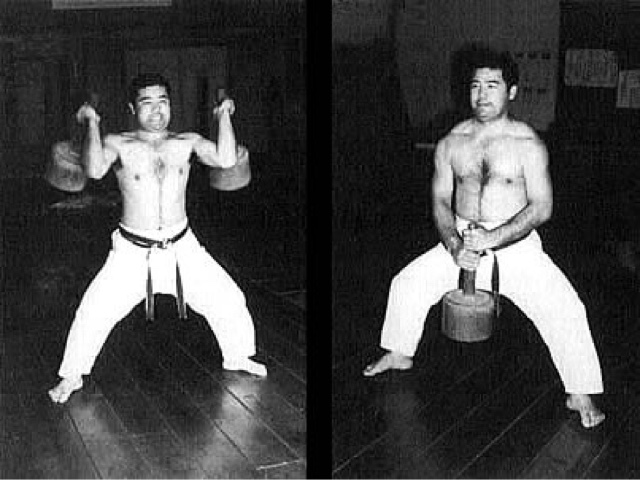 Donn Draeger described Higaonna Sensei as ‘the most dangerous man in Japan in a real fight’. Draeger’s other gleaming descriptions and recommendations of Higaonna Sensei support the validity that the comment did in fact come from Draeger himself and to question Draeger’s position to be able to pass such a description is unsupported.

Today ‘the most dangerous man in Japan, in a real fight’ still practices Karate daily. Now in his homeland of Okinawa, at over 75 years of age and having defeated a health scare in early 2015, Higaonna Sensei lives a quiet life. Yet even as recently as this year he managed to make the most senior of IOGKF instructors marvel during private classes at his Dojo. By an explosive punch that seems to come from nowhere, or a deafening kiai that shakes the room, Master Morio Higaonna is still just that. A master. His spirit is still strong and unwavering.  When you see the now older masters’ eyes ignite with energy and he suddenly explodes with a flurry of awe inspiring power, you still see that lurking behind this amazing man’s gentle and humble exterior, that the most dangerous man in Japan, in a real fight still exists today.

By Tetsuji Nakamura|July 18th, 2016|Administration, Articles and Research, Breaking news|Comments Off on The most dangerous man in Japan in a real fight